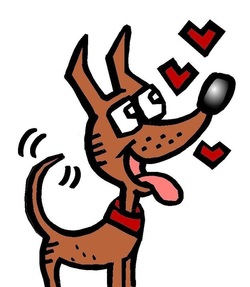 Though best known for her illustrated self-help books, in particular Living
with IT and Taming the Black Dog, Bev has also worked as a cartoonist and
illustrator for a variety of publications and large publishing houses over the
past twenty years, producing spot cartoons, comic strips, logos, posters,
children’s book illustrations, magazine and leaflet illustrations, corporate
greeting cards, t-shirt designs and editorial illustrations.


Her illustrations and cartoons have appeared in the major press including the
Melbourne Herald, the Herald Sunday Magazine (now the Herald-Sun) with her
weekly comic strip Animal Revenge, the Melbourne Age and Sunday Age with regular
illustrations in the latter for Terry Lane’s weekly articles, The Bulletin,
Woman’s Day, and regular strips at the inception of New Weekly and New Woman
Magazines


Bev has been a regular cartoonist for Education Quarterly (Curriculum Corporation Publishers) for fifteen years and Health Issues (Health Issues
Centre) for twenty years and was an illustrator for Issues Magazine (Spinney Press Sydney and London) for over five years.


Major publishing houses she has produced work for include MacMillan Education, Penguin and her ten self-help books are published by HarperCollins.

Regarding her popular books, Bev says ‘The cartoons in these books are not used as simply humorous decorations or diversions but as tools to convey otherwise complex concepts simply and directly. Married with the text, the cartoons are a way to get the message across quickly and concisely and can also provide visual examples of the text. The gentle humour also provides insight and light relief for people who may be too distressed to fully absorb text’


Bev has also used her unique cartoon-and-text format to re-work books by other authors including Allen Carr’s Easyway to Quit Smoking and Easyway for Women to Quit Smoking (Arcturus Publishers London) and Dr Russ Harris’ The Happiness Trap (Exisle Publishing) reworked as  The Illustrated Happiness Trap Handbook She has also used this formula to re-work the Patient First booklet for the West Australian Health Consumers Council which was nominated for an industry publication award.

For enquiries regarding Bev's illustrations and cartoons, please email itzok@optusnet.com.au